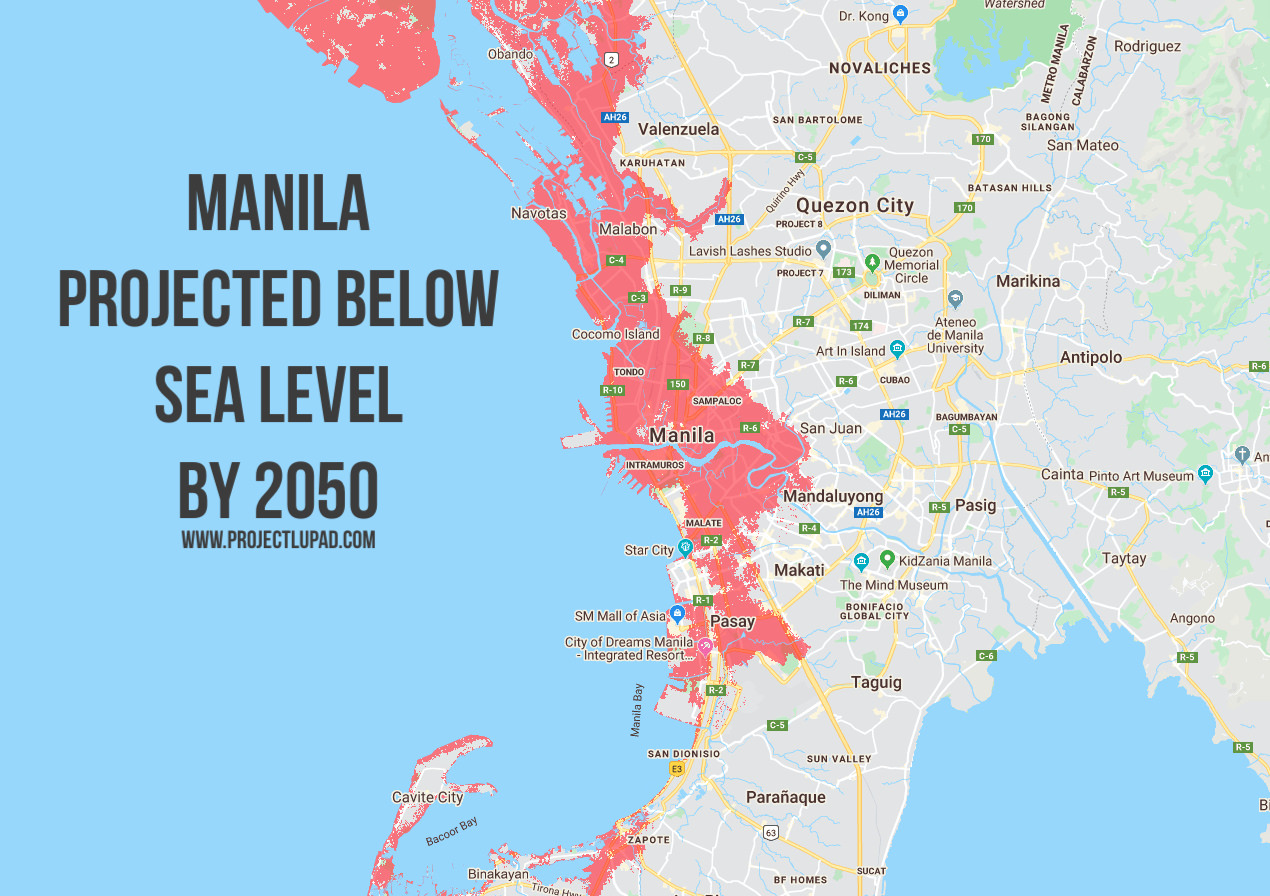 Explore the projected sea level of Philippine Cities by the year 2050.

According to the study produced by Climate Central, a science organization based in New Jersey, and published in the journal Nature Communications, rising seas could affect three times more people by 2050 than previously thought, threatening to all but erase some of the world’s great coastal cities.

Areas shaded red reflect places that are lower than the selected local sea-level and/or coastal flood projection according to the selected elevation dataset. Red areas must also meet hydrologic connectivity criteria. This refined “bathtub approach” makes mapping numerous scenarios fast and efficient and reproduces potential future sea-level threats well. However, when coastal floods are added, the bathtub approach becomes less accurate the higher the flood. Maps take neither engineered coastal defenses nor long-term dynamic changes into account. Due to the error always present in wide-area elevation datasets, as well as the other limitations described here, this map should be regarded as a screening tool to identify places that may require deeper investigation of risk.

The new projections for the Philippines are based on a relatively conservative scenario of expected changes.

Below are the maps of Philippine Cities and the areas that might be affected by coastal flooding by the year 2050.

Robinsons Place Pagadian as of September 2022

Sadik Grand Mosque in Zamboanga City as of September 2022

Affordable Watches from the US at Bagelyas of CDO